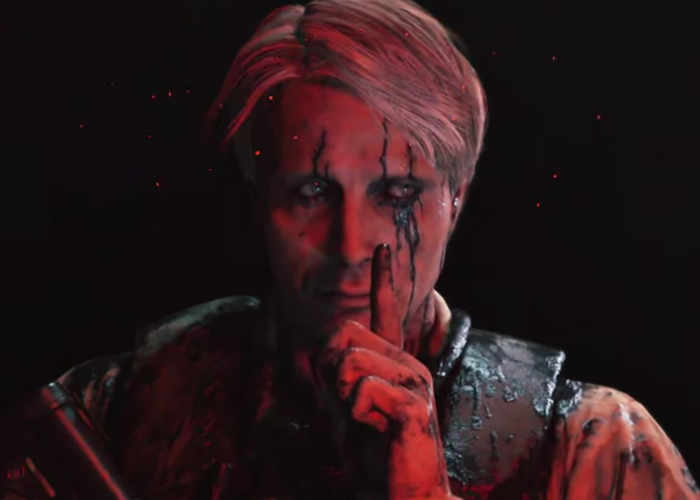 A new trailer has been released at this years Game Awards 2016, revealing a little more about what you can expect from the upcoming and highly anticipated Death Stranding game currently under development by Kojima Productions.

Check out the latest weird and wonderful trailer for the open world action game below, which stars Guillermo del Toro and Mads Mikkelsen.

Hideo Kojima brings a gift to The Game Awards 2016 in the form of a brand new clip form his new game, Death Stranding. One of the game’s main themes through a short story by Kōbō Abe, in which Abe says that the first tool created by humans was a stick, meant as protection by putting a distance between oneself and “bad things”, and that the second tool was a rope, which is used to secure things one finds important.

Kojima compared the main “tools” in action games – punching, shooting and kicking – to sticks, and said that in Death Stranding he wants people to communicate through the game equivalent of ropes. The title refers to when whales are washed up on the seashore and in context of the game signifies something otherworldly being stranded in our world.