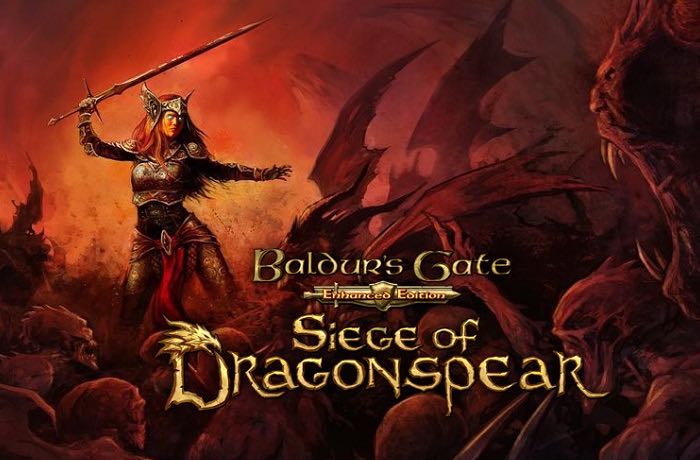 Beamdog the developers and creators of the awesome Baldur’s Gate series of RPG games has this week announced the release of a new Baldur’s Gate expansion in the form of Baldur’s Gate: Siege of Dragonspear.

Check out the Siege of Dragonspear announcement trailer below for a quick tease of what you can expect from the new expansion for the popular RPG game that is now available to play on mobile and tablet devices.

The new major new expansion to Baldur’s Gate: Enhanced Edition adds new content to the original, and will be available to play on Windows, Mac OS X, Ubuntu, Android and iOS. Unfortunately no details on when the expansion will be available or pricing has been announced as yet but when it does launch you will be able to import your character from the previous game.

Though Sarevok is dead and his plan for war averted, peace eludes the citizens of Baldur’s Gate. A crusade marches from the north, seizing supplies, forcing locals into military service, and disrupting trade along the Sword Coast. A charismatic warrior known as the Shining Lady leads this army, her background shrouded in mystery. Can the rumors be true—is she, like you, the child of a god?

For more details on the new Baldur’s Gate: Siege of Dragonspear expansion jump over to the official website via the link below. Features include :

– Expand Your Story: Explore new areas, fight new monsters, and win new rewards in the Siege of Dragonspear expansion to Baldur’s Gate: Enhanced Edition. Continue the adventure by exporting your game to Baldur’s Gate II: Enhanced Edition
-- The Crusade Rises: A sharp and subtle adventure that pits you against an enigmatic new foe
-- Explore the Sword Coast: Venture through vibrant new hand-painted areas in the classic style of the original Baldur’s Gate
-- Gather Your Party: The original cast returns to kick butt for goodness – along with Neera, Rasaad, Dorn, and four new additions!
-- To Infinity and Beyond: Updated UI and improved Infinity Engine features
-- Extra Class: New items, quests, and a new class: the spirit-calling shaman!
-- Venture Forth With A Friend: Functional, extensively tested cross-platform multiplayer on all supported platforms
-- Story Mode: A difficulty setting to allow players to experience all of the story with none of the Game Over screens