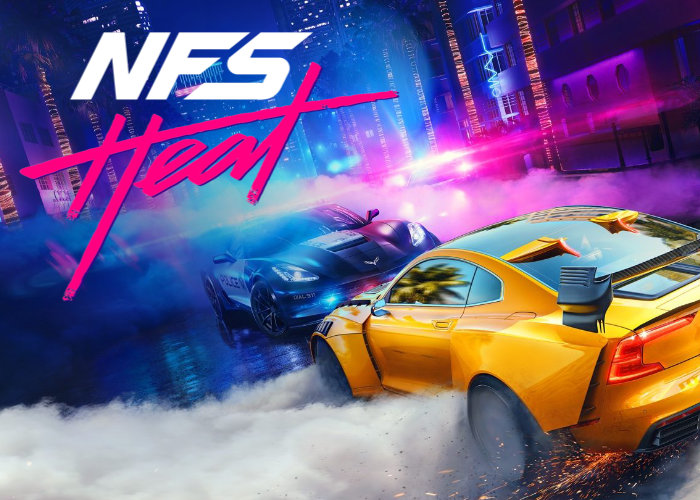 Electronic Arts and developer Ghost Games have today confirmed that the latest game in the Need for Speed series “Heat” will be officially launching on November 8th, 2019. Need for Speed Heat will be available for the Xbox One, PlayStation 4, and PC and will be available a little earlier via EA Access and Origin Access Basic offering up to 10 hours of play time as part of the Play First Trial.

Gamers who preorder the Standard Edition of Need for Speed Heat will receive a K.S Edition styled Mitsubishi Evolution X. Pre-ordering the Deluxe Edition adds three K.S Edition styled cars in the form of the : BMW i8 Coupe, Mercedes C63 AMG Coupe, Chevrolet Corvette Grand Sport. Together with access to exclusive deluxe edition character clothing, and increased earnings of in-game currencies Bank and Rep. “Anyone who pre-orders Need for Speed Heat in-game from Need for Speed Payback on any format will also get a 10% discount as a Loyalty Reward” explains EA.

“Need for Speed Heat sends fans to Palm City, a brand-new open world where street racers have gathered to make their names known. By day, players compete in the Speedhunters Showdown, a sanctioned competition where they earn Bank to customize and upgrade their garage of high-performance cars. At night, players risk it all to build their Rep in underground races where a rogue police task force roams the streets, ready to take racers down and swipe all their earnings. The roads, the risks, and the rides never end in this street racer where a player can roll deep with their crew, build their garage full of hot cars, and make the city their nonstop playground.”