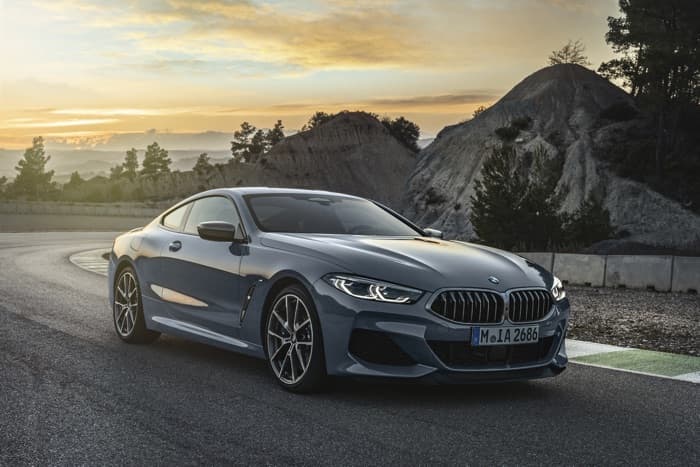 The new BMW 8 Series was made official last month and now the car is about to make its UK debut. The new 8 series will be shown off at the Goodwood Festival of Speed later this week.

As well as the new 8 series the racing version, the BMW M8 GTE will also appear at Goodwood, BMW will also be showing off their BMW Concept M8 Gran Coupe at the event.

With outstanding performance, emotion-stirring design, state-of-the-art luxury and advanced equipment technology, the new BMW 8 Series Coupé is one of the most exciting new models to emerge in recent years and will launch in November 2018. Visitors to the festival will not only be able to see the car in action in the ‘First Glance’ category but also on display in the Stable Yard – a unique area at Goodwood (once again dedicated to BMW) which this year will focus on luxury, presented in cooperation with the Cass Sculpture Foundation.

The area will showcase the BMW Concept M8 Gran Coupé, a car that embodies a new expression of luxury for the BMW brand – ultra-sporty, extrovert and polarising – and serves as a taster for the BMW 8 Series Gran Coupé and BMW M8 Gran Coupé that will launch in 2019. Alongside both cars will be the beautiful new BMW i8 Roadster and a BMW 740Le, in an Individual Moonstone finish. Accompanying these will be David Hockney’s 1995 Art Car, a BMW 850CSi painted to show the inside of the car on the outside – everything from internal engine parts to a dog in the back is revealed.

You can find out more details about the new BMW 8 Series over at BMW at the link below, we will have more details on the car and when it is launching in the UK later this week.