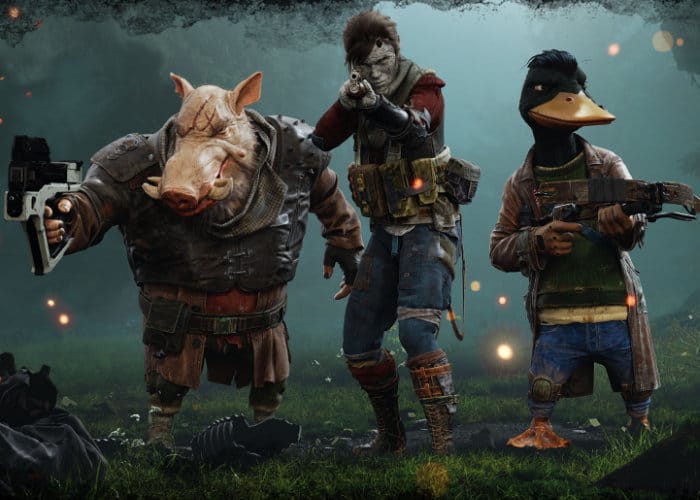 A new 20 minute trailer has been released this week providing a good glimpse at what you can expect from the gameplay mechanics within the Mutant Year Zero: Road to Eden video game which will be launching just over two months time and available from December 4th, 2018 onwards.

“Even with how early on Mutant Year Zero: Road to Eden is, the project does show a lot of promise. Exploring the world at one’s leisure then shifting that same map into tactical combat is a smart decision that I’ve come to explore in cRPGs. Once the AI gets tweaked and fine-tuned to be more approachable by the player, I could see this pen and paper project mutate into a great RPG to keep an eye out for.”

– TACTICAL COMBAT: Mutant Year Zero: Road to Eden is the ultimate fix for your tactical strategy addiction. Dive into a deep, turn-based, tactical combat system inspired by the XCOM games.
– EXPLORE A POST-HUMAN EARTH: Journey through a post-human world of abandoned cities, crumbling highways, and overgrown countryside. Check back at the Ark, a neon-bathed oasis of ill repute and questionable characters, to restock your supplies and plan out your next adventure.
– CONTROL A TEAM OF MUTANTS: A duck with an attitude problem and a boar with anger issues; these aren’t your typical heroes. Get to know Dux, Bormin, Selma, and many other characters each with their own unique personality and deranged perspective on the world and their situation.
– MASTER THE STEALTHY APPROACH: Sneak through shadows to avoid conflict or to catch enemies unaware. Real-time stealth allows you full control of approach: sneak into an enemy camp, position the team of Mutants to your advantage, and gain the element of surprise.
– UNLOCK MUTATIONS: Unlock new mutations and abilities for your Mutants, such as Selma’s Stoneskin, Bormin’s Charge, and Dux‘ uncanny ability to sneak into a camp full of enemies unnoticed, despite being a 4-foot tall walking, talking duck with a crossbow.
– DYNAMIC ENVIRONMENTS: Use the environment to your advantage. Stay out of floodlights, hide from line of sight, or just blast down fully destructible walls and buildings and wreak utter havoc.
– LOOT, LOOT EVERYWHERE: From makeshift slingshots to high-powered rifles and top hats to police vests, make sure you equip your Mutants for the dangers ahead. Nothing says post-human quite like a mutated boar in spiked metal armor charging at you with a blunderbuss in his hands.