The Motorola Droid X is the latest Android smartphone from Motorola, although it hasn’t officially been unveiled as yet, the guys over at Engadget have got their hands on one.

The Motorola Droid X features a 4.3 inch capacitive touchscreen display with a resolution of 854 x 480, and it will come with Android 2.1, and features an eight megapixel camera, with tap to focus and the ability to record HD video in 720p. 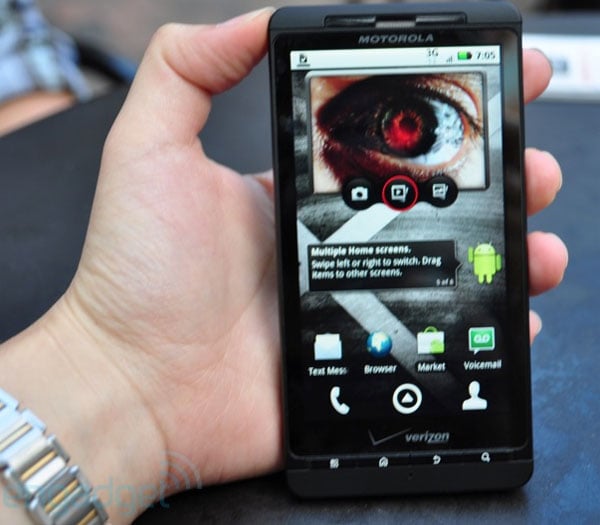 It will be interesting to see how the Motorola Droid X measures up to the HTC EVO 4G, as soon as we get some official specifications we will let you guys know.

Head on over to Engadget for lots more photos and a video of the Motorola Droid X. Have a look and our article on Android vs iPhone to see which smartphone and mobile platform is best for you.