Fans of Lego building are sure to enjoy a new creation from master Lego builder Paweł “Sariel” Kmiec, who has created a motorised Tumbler Batmobile from Chris Nolan’s recent Batman trilogy of films.

The awesome Lego Batman vehicle has been built using Lego Technic and is equipped with guns and flames effects for extra panache. Watch the video after the jump to learn more about the Lego Batman Tumbler project and see it in action. 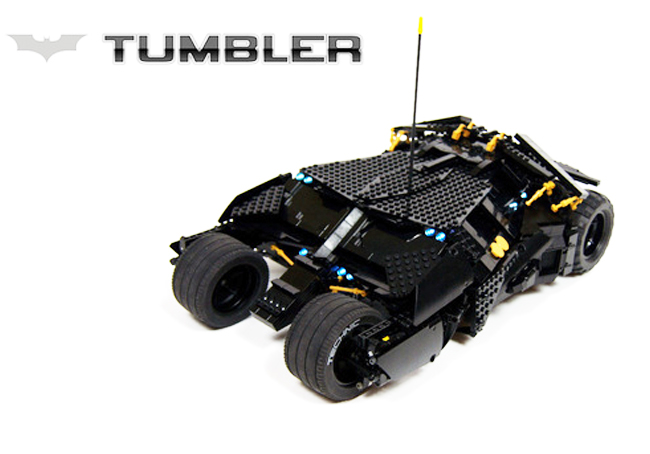 The Lego Tumbler model also has a wealth of detail under the bonnet including suspension for each wheel and the  simulated “flame” effect using an LED and some rotating transparent pieces. Great Job!