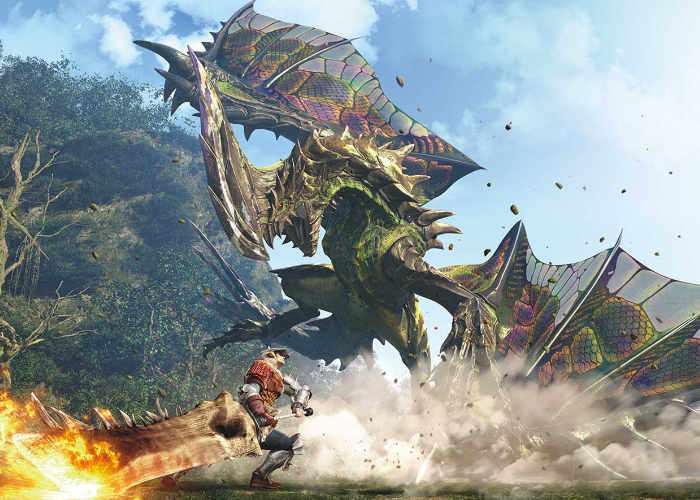 Since its launch back in August 2018 players using 21:9 ultrawide displays have had to use a third-party tool to support higher resolutions. However now as part of the Monster Hunter World 5.1 update available today, official support for ultrawide monitors has been added. Removing the need to use any third-party tools, although cut scenes will continue to display it 16:9. Check out the video below to see a glimpse of what you can expect from the new 21:9 ultrawide support in patch 5.1.

On Tuesday, January 22 at 00:00 a.m. UTC, title update 5.1 will be released that will contain several bug fixes.
Details will be posted at a later time. Major New Features/Design Changes:

Important: The latest version of MONSTER HUNTER: WORLD is revision number 163956. You can verify the version number in the top-left corner when you launch the game in windowed mode. Keep in mind that you can only match with other players who have the same update version as you.