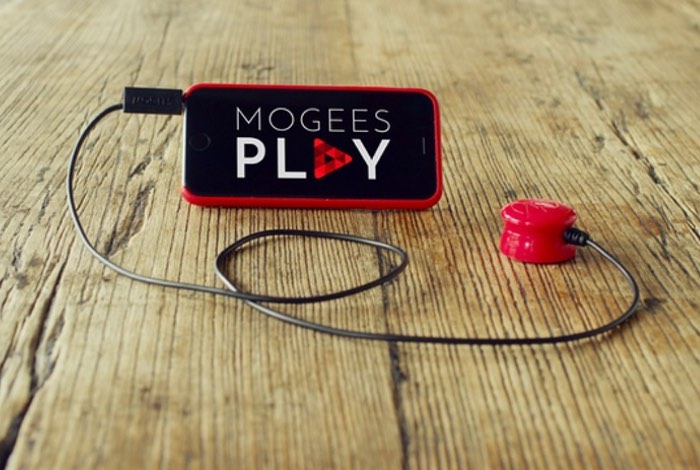 Mogees based in London in the UK have created a new way to make music and play games, and have launched Mogees Play via the Kickstarter crowdfunding website this week, with the aim of raising $40,000 to take their concept into production.

Mogees Play has been designed to transform the world around you into a user interface for playing games, creating music and more. Watch the promotional video below to learn about the inspiration and functionality behind the Mogees Play concept.

Hi, we’re Mogees, a multi-award winning music and technology company from London. We’re excited to introduce our latest product. Mogees Play is an ingenious smart sensor that attaches to a phone or tablet and turns the world around you into an interface for playing games, creating music and much more.

Mogees Play comes with three new and totally FREE apps – Pulse, Jam and Keys – that let you create, game and learn anytime, anywhere. Mogees Play is a small and portable sensor, just slightly bigger than a soda-cap, that turns any hard surface into a unique interface.

Start by plugging Mogees Play into your smartphone or tablet and then stick to an object nearby, like a table or park bench or tree or even another person.Mogees Play senses the vibrations you make when you touch the object, recording information like impact strength, speed, timbre and length. This information is then interpreted by our apps and transformed into actions or sounds on-screen.

For more information on the new Mogees Play concept jump over to the Kickstarter website for details and to make a pledge from just £29 for super early bird backers, by following the link below.