Activision has released a new trailer today unveiling different modes and multiplayer match options within its new highly anticipated Modern Warfare 3 game. The new modes demonstrated within the video includes a new “Kill Confirmed”  game in which you have to capture the other teams dog tags after a kill to obtain points for your team. During a skirmish if one of your teammates falls you can also pick up their dog tags to stop the other team scoring points.

Another new mode provides a different take on capture the flag in which players must hold onto a flag for as long as possible without the other team capturing it. For a glimpse of what you can expect in the new game when it is launched on November 8th watch the video after the jump. 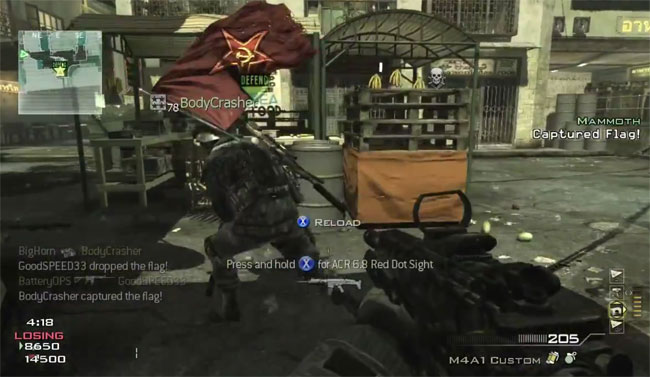 You can also watch the new ’Strike Package’ Classes which will be included within the new Call of Duty: Modern Warfare 3 game, and have been designed to reward different play styles and skill levels.