Mili has just added a new portable battery charger named the MiFlip to its range ,that also doubles as a handy viewing stand and is compatible with Apple’s  iPhone, iPod Touch and RIM’s Blackberry devices.

The MiFlip has been designed to combine three important devices into one and its unique flip design allows it to be carried in situe on your phone without adding much bulk or extra weight. 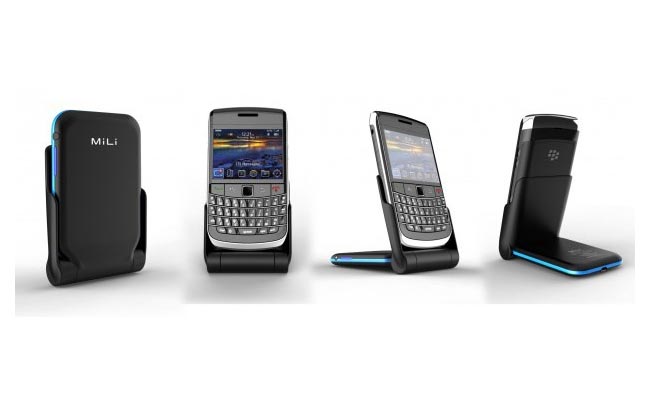 A fully charged MiFlip can add up to 8 hours of talk, 15 hours of video or 80 hours of music on average to a phone but this will depend on the device its attached to.

The new MiFlip will shortly be available to purchase from the MiLi Power’s website and select retailers nationwide for around $49.99