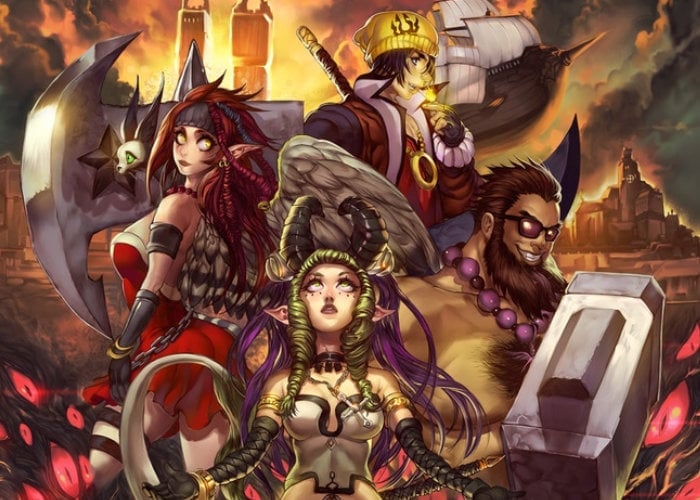 If you are searching for an epic massive fully cooperative fantasy board game for one to 4 players you may be interested to know that the Middara: Unintentional Malum complete edition is now available to back via Kickstarter and has already raised over $2 million thanks to nearly 10,000 backers with still 16 days remaining on its campaign. Check out the video below to learn more about the game trilogy which is now available to purchase as a complete set allowing you to enter the fantasy world setting with your friends.

“Our campaign in 2015 was a wild ride. When Brooklynn and I first funded, we were in awe at the reception. We put ourselves out there and we were able to raise nearly $350,000 from an idea that we had no idea anyone even wanted. When you’re just a couple of lowly artists and you see that amount of cash hit your bank account, you think you have all of the money in the world. And we spent it as such.”

“We immediately hired on two full-time employees, Brenna and Clayton. Without these two, we could not have made Middara the way that it is today. In retrospect though, we really didn’t have a plan laid out to any degree. Brooklynn and I were poor managers. We threw ourselves into the position of an employer with no previous experience doing so. Full-time employees are expensive and when a project goes 3 years past it’s deadline, calling it expensive is an understatement.”

More information on the boardgames trilogy and to back the Kickstarter campaign jump over to the project page by following the link below lots of videos featuring gameplay and more details on the characters and storyline you can expect to enjoy.