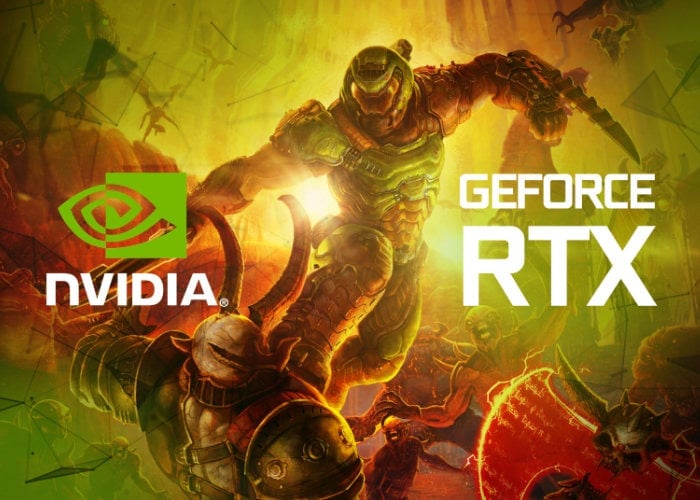 Following on from the unveiling of the new DOOM Eternal first person shooter game at E3 2019. During an interview at the recent games conference Marty Stratton from id Software has confirmed that DOOM Eternal and its game engine, id Tech 7, will support RTX ray tracing. With Marty stating that “we’ll do it better than everybody”. Check out the interview below to learn more about what you can expect from the new game that is scheduled to be released later this year on November 22nd, 2019.

Features of the new DOOM Eternal game include :

Slayer 2.0 – Unleash the overwhelming power of the DOOM Slayer. With updated armor and an arsenal of new and improved equipment, including a shoulder-mounted cannon with flamethrower, extendable blade, and a new dash ability, you’re faster and deadlier than ever. Destroy every demon in your path with an upgraded array of guns and mods, including the Super Shotgun’s new Meat Hook attachment to pull yourself point blank with the faces of hell.

Rip More, Tear More – Obliterate more demons than ever before, each with their own attacks and abilities. Fan-favorite classics such as the Pain Elemental, Archvile, and Arachnotron make their return, while a horde of totally-new demons join the roster including the DOOM Hunter and corrupted Marauders. DOOM Eternal’s “destructible demons” system takes your power fantasy to new levels by ensuring that every trigger pull has never felt better.

All-new Invasion – As the Slayer, allow real players to invade your campaign as demons for a dramatic and unpredictable twist anytime you’re playing the campaign. Or join the ranks of the damned yourself as you become a demon and invade a friend or other player’s campaign. Invade others either by yourself or with another player, as part of a hunting party, to give the Slayer a true taste of Hell.

We’re Not on Mars Anymore – Rip and tear across epic, never-before-seen worlds. Witness the tumbling skyscrapers of Hell on Earth; battle through an invasion of the mammoth BFG 10,000 on Phobos, and discover the ancient secrets of the DOOM universe. With idTech7, every environment is brought to life in unprecedented detail.