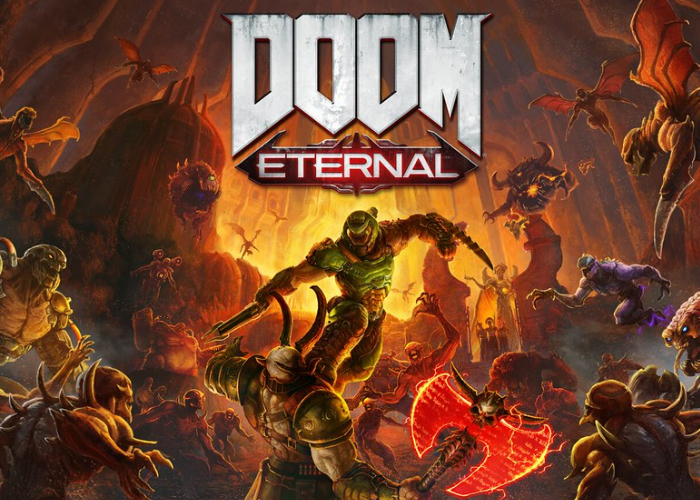 At the E3 2019 games conference this week, Bethesda has released a new story trailer for their upcoming and highly anticipated sequel to the 2016 DOOM video game. DOOM Eternal will be officially launching later this year on November 22nd, 2019 and is now available to preorder on the Xbox One, PlayStation 4 and PC.

Bethesda have also announced that DOOM Eternal will features an all-new multiplayer experience called BattleMode, developed internally by id Software. Offering a two player-controlled demons versus one fully-loaded Slayer. “It’s demon strategy versus Slayer skill in a competitive, engaging and fun best-of-five round fight to the death”.

Parker Wilhelm Associate Content Manager at Bethesda Softworks explains a little more about what you can expect from the new game which is currently still under development.

“Earth becomes a living nightmare as demons take over the planet and push humanity to the brink of extinction. Now, it’s up to players to once again become the legendary Doom Slayer and rip and tear their way through the hordes of Hell in Doom Eternal.

As the hordes of Hell evolved, so too has Doom Eternal’s combat. Players barrel their way through each heart-racing encounter by mastering a deadly combination of skill, raw firepower, and fast movement.

To keep obliterating your enemies, aggressive resource management is key. If you need something, charge into combat and take it from the demons. Use the all-new shoulder-mounted Flame Belch to burn demons for armor. To replenish health, use firepower to stagger a demon and move in for a brutal Glory Kill, and cut demons in half with your trusty Chainsaw to refill your ammunition.

Your demon-crushing skills will be put to the test by lethal new foes like the Tyrant – a hulking class of demon whose imposing height and deadly design call back the formidable boss from the original 1993 Doom and cover star of Doom II – the Cyberdemon.”