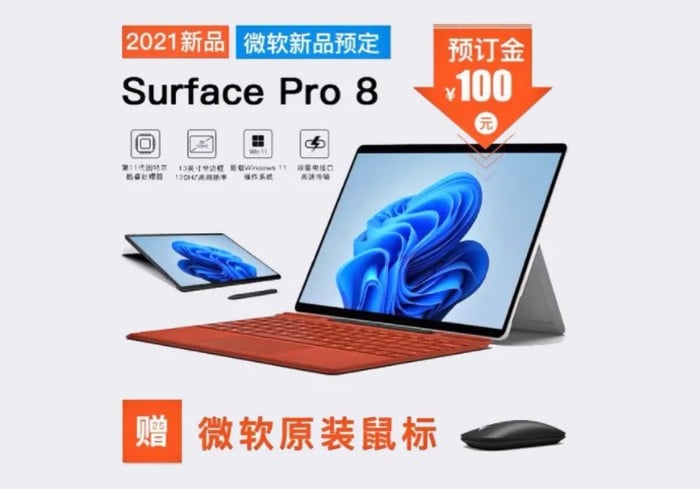 Ahead of the Microsoft’s event later this week being held on Wednesday to unveil its new Surface Pro 8 convertible laptop / tablet. The Twitter account Shadow_Leak has leaked details of what we can expect from the new portable computer system revealing the new tablet could be equipped with a 13 inch 120 Hz display and Thunderbolt support.

The Thunderbolt support would make sense as last week the Verge reported the tablet would ship without any USB-A ports, in favor of USB-C and Thunderbolt and it has been previously reported that Microsoft has been testing 120Hz displays for the Surface Pro lineup. The tablet is expected to be powered by an 11th generation Intel Core processor and will be running Microsoft’s next-generation Windows 11 operating system which will be launching next month and available October 5th 2021 onwards. Microsoft has announced that upgrades will be available to supported Windows 10 computers allowing some to upgrade for free in the current OS.