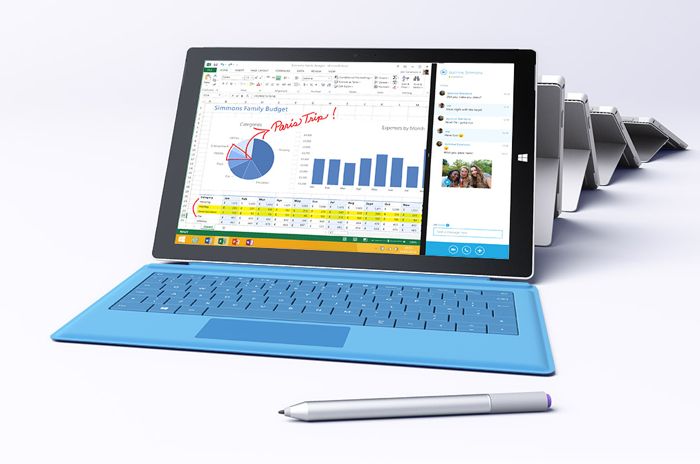 Last week we heard that production of the new iPad Pro would be delayed until September and now according to a recent report the Microsoft Surface Pro 4 will launch before the iPad Pro.

The iPad Pro has apparently been delayed due to parts supply issues and Microsoft have apparently decided to launch the Surface Pro 4 before Apple’s new larger iPad.

There will apparently be two models of the new Microsoft Surface Pro 4 tablet, one with a 12 inch display, the other with a 14 inch display and both devices are said to come with a 2160 x 1440 resolution.

Microsoft are also expected to launch their Surface Pro Mini tablet later this year and it is possible that this tablet could launch at the same time as the new Surface Pro.

As yet there are no details on the exact launch date of the new Surface Pro tablet from Microsoft although the device is rumored to launch some time in July, as soon as we get some more information, we will let you guys know.