Yesterday Microsoft announced that they had sold a total of 1.5 million Windows Phone 7 smartphones in the first six weeks, and now it looks like they are hoping to increase Windows Phone 7 handsets sales before the end of the year.

Microsoft if offering anyone who buys a new Windows Phone 7 smartphone between now and the end of 2010 a free Xbox game, and some of the games available include Fable III, Halo: Reach, Kinectimals, Kinect Joy Ride. 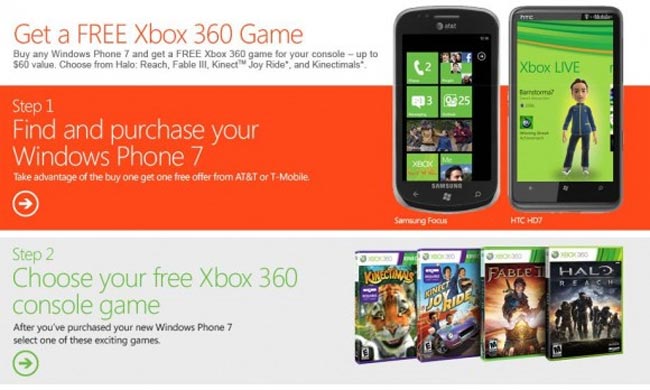