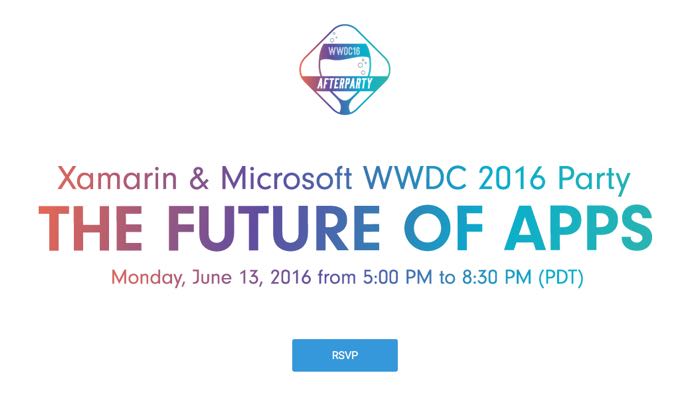 Apple’s WWDC kicks off next Monday with their Keynote taking place at the Bill Graham Civic Auditorium at 10 a.m.

Now it looks like Microsoft is trying to get in on the act as the company has announced that it is holding a WWDC 2016 after party next Monday.

The party will take place at Market Street which is near the Bill Graham Civic Auditorium and it kicks off at 5pm on Monday abd to get people to attend Microsoft is giving away a bunch of prizes which include some Xbox One consoles and also some Apple Watches.

You can find out more details about Microsoft’s WWDC 2016 after party over at their website at the link below, we wonder if Tim Cook and others from Apple will be attending.