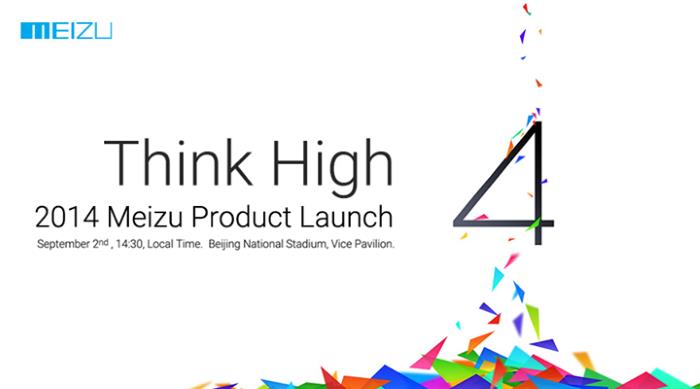 Meizu MX4 has leaked on a number of occasions in the past few weeks. Not too long ago, some promotional material of the alleged device, revealing its price tag it will carry when it’s officially announced.

The invite just reads “Think high Meizu Product Launch” and we all know what that means. Yes, Meizu MX4 is on the horizon, and the device may see the light of the day just before the IFA 2014 kicks off.

Rumors suggest the purported Meizu MX4 should feature a 5.4-inch display sporting a resolution of 2560 x 1440 pixels, with 3GB of RAM on board. There’s rumored to be a 20.7MP camera, the same one which was released with Sony Xperia Z2, and should come with Android 4.4 KitKat with Flyme 4.0 UI. There’s no word about the chipset, but it could launch with a Snapdragon or Exynos chipset, but the most chances are that we’ll see a MediaTech SoC.

Well, let’s just wait for a few more days. September is going to be an action-packed month as we’re going to see flagship devices from a majority of OEMs in the market. We’ll update you as soon as Meizu announces the handset.