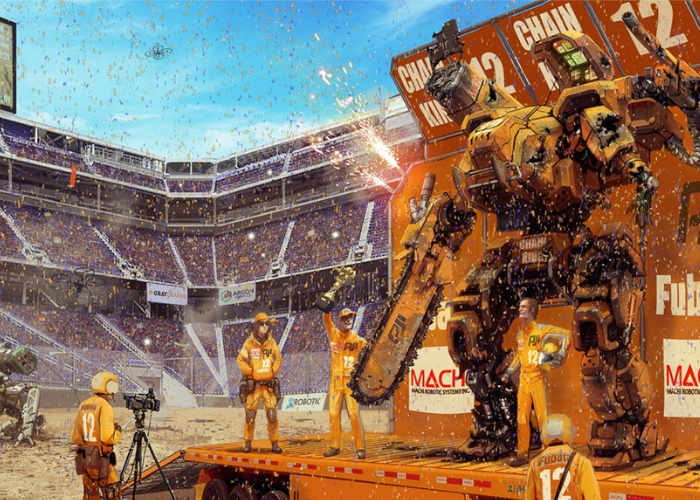 If huge fighting robots is your thing then you may be interested in a new Kickstarter campaign which has been started to raise funds to bankroll the first “Giant Robot Tournament” held by MegaBots, Inc. Checkout the promotional video below to learn more about the campaign and what the funds will be used for. The Kickstarter campaign allows you to purchase tickets for the first robot fight which is sure to be quite spectacular if done correctly.

The MegaBots team explains more about what you can expect from the tournament :

We’re MegaBots, Inc. We just finished a 12-ton, 16-foot tall, 430-horsepower combat mech called Eagle Prime and fought Suidobashi Heavy Industry in the Giant Robot Duel – all with Kickstarter’s help! Since challenging Suidobashi, dozens of robotics teams from all over the world have told us they want to fight us next. With your help, we can host the world’s first Giant Robot Tournament and launch the craziest sport the world’s ever seen! Teams from all over the globe want to fight us in a live tournament! Buy tickets and help start the sci-fi sports league of the future!

We have more than 3 years and $6.5M worth of investment into developing these robots and this sport. We have one of the founders of the UFC on our staff, we’ve been working with the former video production staff of Mythbusters on our videos, and our engineering and fabrication team comes from high end robotics companies, defense contractors, and industry leaders. We have the best shot in the world at making this sport come to life within the next decade.

We need your help. We have the technology, the rockstar team, and the ambition to make this sport become a reality, but we need hardcore fans to help us fill an arena to watch the first live tournament, watch our videos, and advise us as we create the sci-fi-inspired sport fans want to see. By participating in this campaign, you’re sending a message to potential investors and big media companies – you want this sport to exist so badly, you’re willing to help build it from scratch.

If you would like to help out and see the first giant robot tournament is at the photo Kickstarter campaign page by visiting the link below.