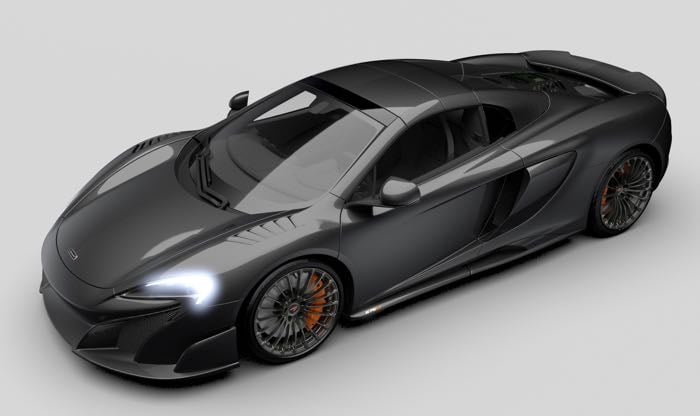 McLaren special operations has created a custom version of their 675LT the McLaren 675LT Carbon Series.

There will be just 25 units of the McLaren 675LT Carbon Series made worldwide, unfortunately you will not be able to get one as they have all been sold. 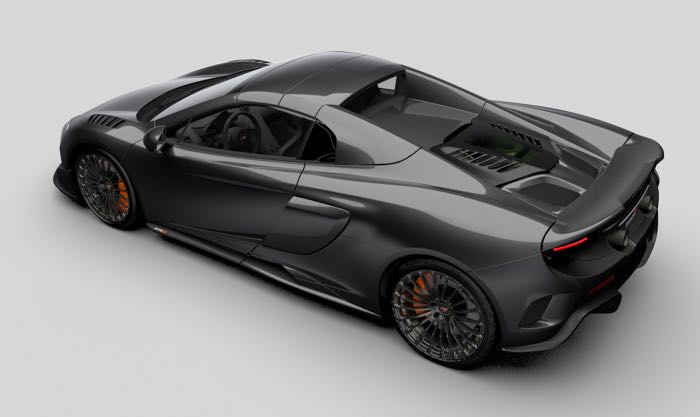 McLaren Special Operations, the bespoke division of McLaren Automotive, has announced the creation of the MSO Carbon Series LT. Strictly limited to 25 units globally – all already sold – and based on the 675LT Spider, the Carbon Series LT has been produced in response to requests from McLaren customers captivated by the visual carbon fibre bodied McLaren P1™displayed recently at the International Geneva Motor Show.

Staying true to the ‘Longtail’ ethos, established by the McLaren F1 in the late 1990s, the MSO Carbon Series LT has been developed with a focus on light weight and optimised aerodynamic performance. Applying gloss carbon fibre to the entire body of the car further extends its appeal to bring a brutal beauty to the existing 675LT Spider body, showcasing the skills of the McLaren bespoke division.

The McLaren 675LT Carbon Series comes with 40% of its body panels made from carbon fibre it also comes with a unique gloss finish.

You can find out more details about the McLaren 675LT Carbon Series over at McLaren at the link below, there are no details on how much this new model costs, although that really doesn’t matter as they are all sold.