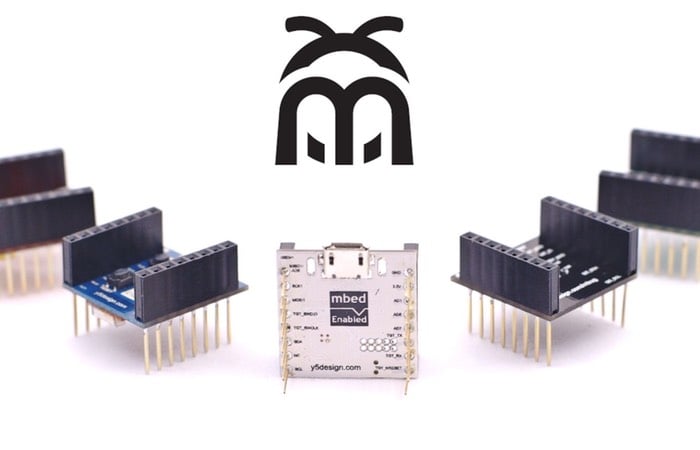 Developers and makers that are looking for a way to electronic projects via rapid prototyping may be interested in the new development system of miniaturised electronics that are based around the ARM Cortex-M microcontroller.

The mbugs ecosystem enables you to quickly implement your electronics projects, using the free ARM mbed online-compiler, and an intuitive smartphone utility app. Watch the video below to learn more.

Designed by y5design, mbugs have been launched over on the Kickstarter crowdfunding website with the aim of raising $5,000 to make the jump into production. Its creators explain a little more about their rapid prototyping system.

“Whether you are a student, hobbyist, or engineer, the mbug ecosystem enables you to quickly implement your electronics projects.  mbugs are simple enough that you don’t need to be an expert to turn your idea into a working creation, yet powerful enough to meet the needs of the advanced user.

The mbug ecosystem uses the mbed online compiler and SDK where you can quickly create embedded applications that are easily downloaded onto the mbug processor through a standard USB interface, just like adding a file to a USB flash drive.

In addition to the processor mbugs which run the applications, we’re offering a number of expansion mbugs that can be stacked onto the processor to create multifunctional systems. Together, you can use mbugs to build projects containing sensors, displays, relays, and servo motors.

Finally, we’re providing a free Android app which makes it easy to send and receive data from your smartphone to your mbug projects.”

For more information on the new mbugs jump over to the Kickstarter website for details via the link below.