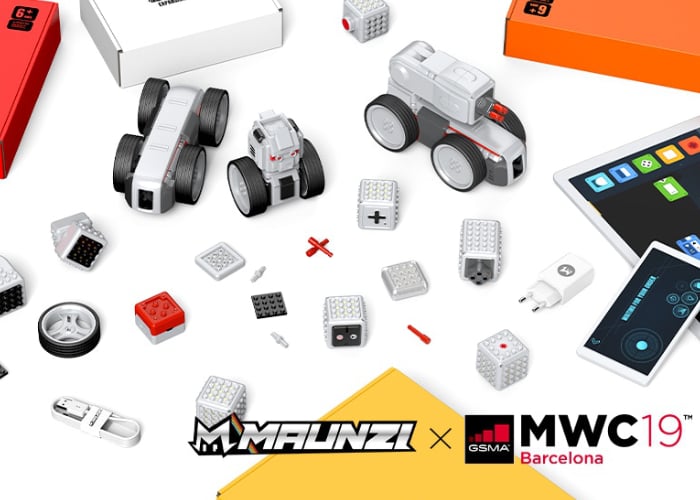 The robotic construction kit is now available to back with early bird pledges available from £84 or ¥12,250 for the early bird basic set. If all goes well and the Kickstarter campaign is successful worldwide shipping is expected to take place during May 2019.

“Our robot uses the combination method of Lego building blocks, but it is an entirely new type of robot. (It provides a user-friendly combined UI). Experience the new design that only the Maunzi robot has. And you can transform it to a limitless form by putting in a tinge of your imaginations. A multipurpose module assembly robot that is easy and fun: coding training, comprehension of kinematics, robot game, sensor control, mobile control, augmented reality game.”

“Maunzi can also be assembled with your spare Lego building blocks. The Maunzi Robot Kit is compatible with the standard brick shape and allows you more fun in building the ultimate robot of your dreams. We can make up for the shortcomings of the Lego building blocks that we are already all aware of. As you may all know, once the Legos are assembled, we no longer want to reassemble it anymore. It is because it only requires us to simply assemble many blocks, which causes there to be a lot of Lego blocks in the house that have not been used before. Lego building blocks that I no longer want to use but are too good to throw away! You can now have fun reusing them. Make good use of our Maunzi Robot Kit.”

For more details and a complete list of all the available robotic construction kits and pledge options jump over to the official campaign page by following the link.