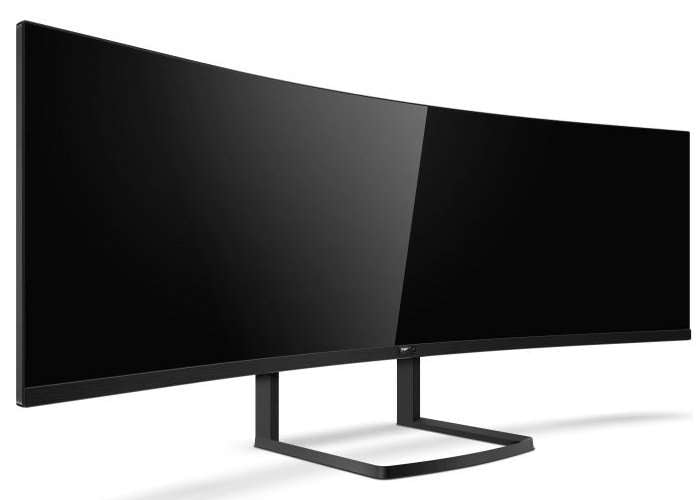 Phillips has unveiled a new 49 inch curved display they will soon be officially launching priced at around $1,100 or €899 offering a native resolution of 3840 x 1080 pixels.

Unveiled at this month’s IFA technology event the Phillips 492P8 monitor has been released to compete as a more affordable alternative to the Samsung’s C49HG90 introduced earlier this year.

To be more affordable than the Samsung offering, the Phillips 492P8 monitor does lack quantum dots as well as other features. Connections on the monitor include a DisplayPort, an HDMI port, a USB Type-C input, a D-Sub connector, as well as a built-in dual-port USB 3.0 and an Ethernet hub (the USB-C acts like an upstream port for both) together with two 3.5-mm audio connectors for headphones and a microphone. Check out the full specifications below. 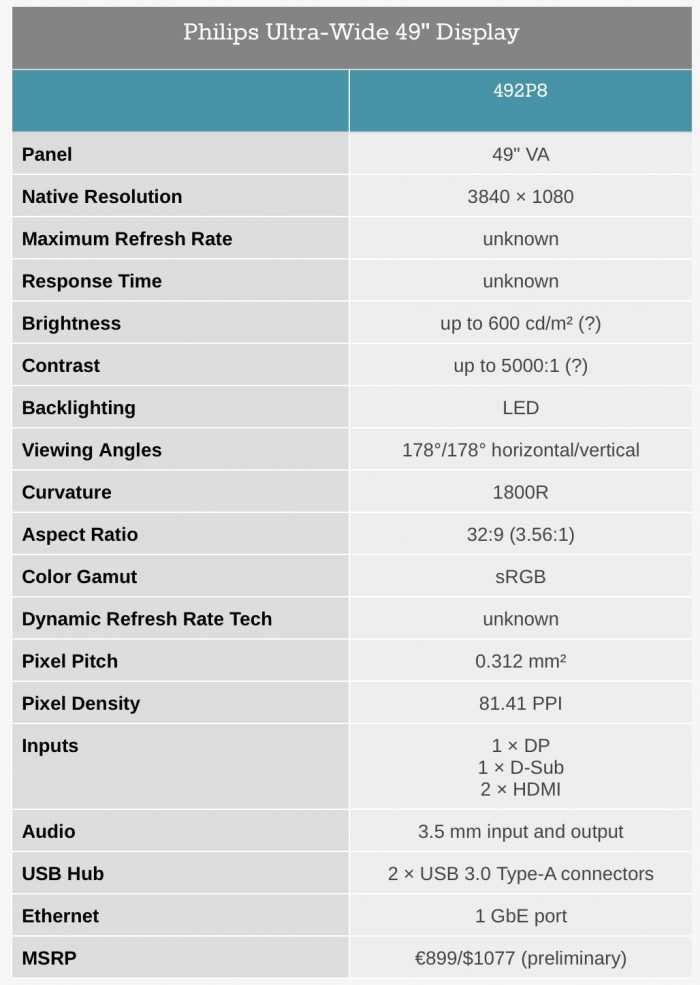 The Philips 492P8 monitor is expected to be officially made available during the second quarter of 2018, as more information is announced we will keep you up-to-date as always.