Prop building master Zander Brandt has put his skills to use and created a replica of the Mass Effect 2 M-29 Incisor Sniper Rifle. The one that within the game fires three shots at once.

Zander first got his taste for building props when his was a child used to scratch building Warhammer models which at the time he couldn’t afford to buy. Zander is now working on a TF2 prop, a small anime pistol, another bryar pistol or two, and potentially a sword and gundam helmet. 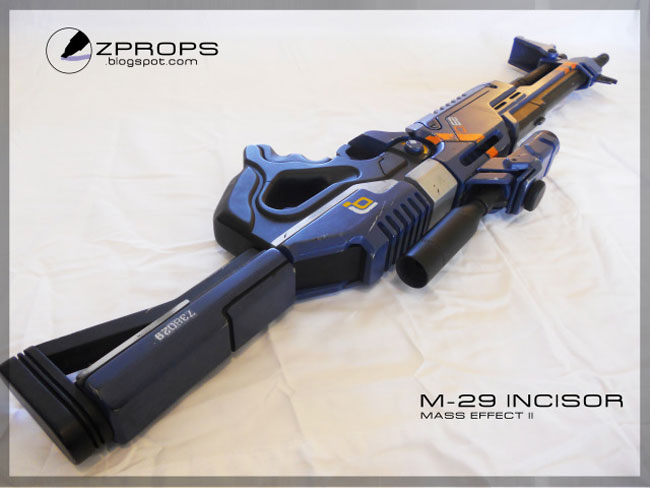 The Mass Effect Wiki describes the rifle as :

“The Incisor is one of a new wave of military and police sniper rifles designed to overload active defenses such as shields. Firing three shots with each pull of the trigger, the Incisor’s burst is so fast that all three rounds will be in the target by the time the barrel has moved a millimeter, increasing its stopping power without sacrificing accuracy. As an added benefit, the noise of the burst is comparable to a single rifle shot in duration, making it no easier to locate the sniper by sound.”