So for $24.95 you get a plate whose bottom is magnetized thereby allowing the owner to stick trinkets on it. That, boys and girls, is the sum and totality of this particular semi-gadget. If it had blinky lights we’d honor it as a ‘whole’  gadget, but it’s just a metal plate.

If you’re wondering about the genius who ‘invented’ this, why, ’twas an industrial design student named Jake Frey. Bravo, Mr. Fray. You now have a commercially distributed product to your credit. 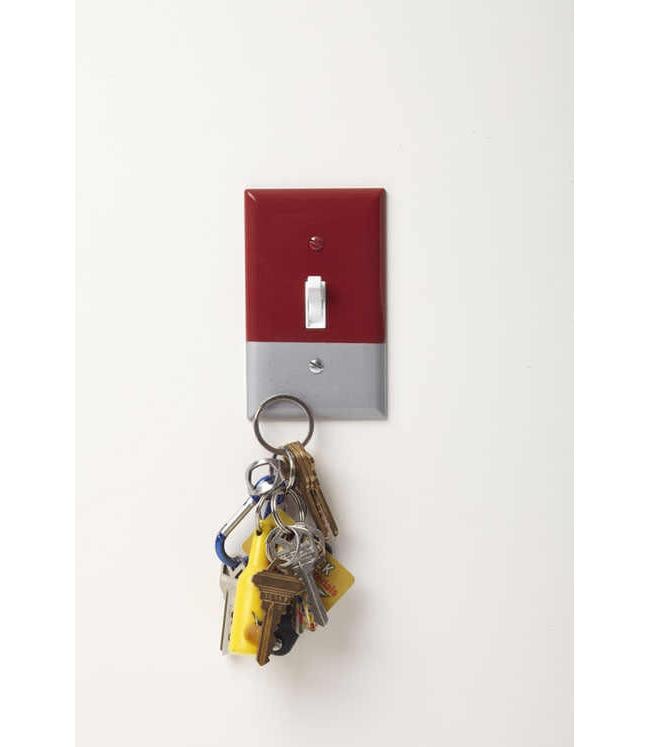 Of course, it’s unclear at this point if a magnetized light switch cover will become the cornerstone of Mr. Fray’s career. Maybe it will, maybe it won’t. Who knows what mind boggling imaginings lurk inside the minds of design students?

The people who study design have it pretty sweet over plain boring engineers. Design in its current form is a few generations removed from tis arts and crafts origins. Ergo, it’s a multi-disciplinary profession that draws from the power of science, art, engineering, and culture.

Besides, wouldn’t it be the great if your day job was to think up the stuff that had clutter mankind’s future?

So godspeed to Mr. Jake Fray, may his best work be ahead of him!