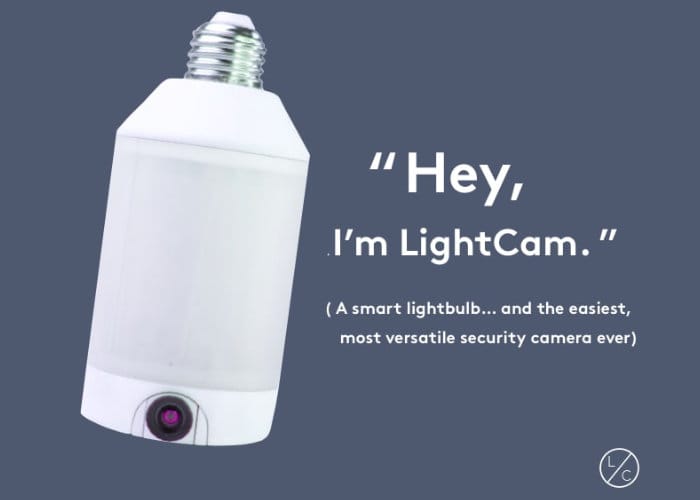 If you are interested in monitoring your property in a nonintrusive way you might be interested in a new smart bulb and security camera aptly named the LightCam. The LightCam has been designed to easily install into any available light socket with no wiring, no fees and allowing you to see exactly what you need to, from anywhere in the world. Watch the demonstration video below to learn more about the LightCam which works with any standard socket and offers a smart monitoring system which has been built on a “secure platform that puts you in control”, say its developers. The LightCam comes complete with its own smartphone companion application supporting both iOS and Android devices.

The LightCam has been developed by Daniel Swiss based in the US and has nearly raised $100,000 thanks to over 569 backers, with 20 days left on its Indiegogo crowdfunding campaign. The LightCam as the name suggests offers a 1080p wireless smart security camera that has night vision built-in, allowing it to view objects up to 25 feet away in complete darkness. The adjustable security camera has built in storage thanks to its included microSD card slot and offers two-way communication allowing you to hear and interact with anything that’s going on within your room.

Footage is always backed up and can be stored online, on your PC or even your smartphone. For more details and to make a pledge from $89, with shipping expected to take place during August 2018 jump over to the official Indiegogo crowdfunding website.