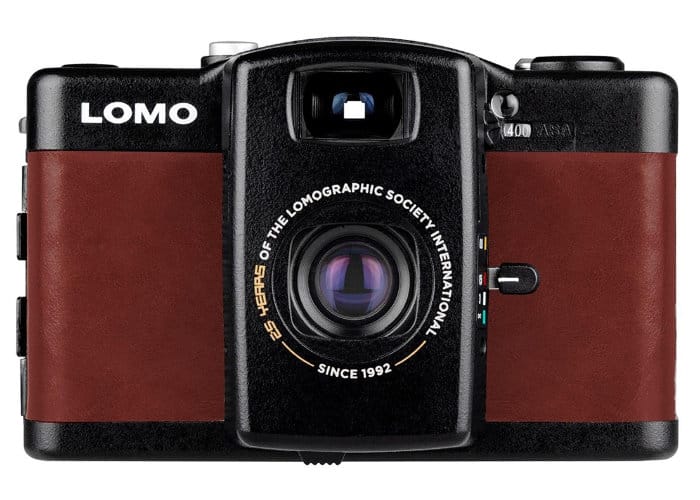 Lomography have created a new 25th anniversary camera which is now available to purchase priced at £289 or $300. The 25th Anniversary Edition LC-A+ camera has been Especially created to celebrate a quarter century of “no rules, happy mistakes, and a whole lot of analogue love” says Lomo. The LC-A+ can be loaded with all kinds of 35mm film, whether it be Colour Negative, Slide, or Black and White. Check out the video below to learn more about the 25th anniversary camera.

The LC-A+ camera is equipped with a Minitar-1 32/2.8 lens and is capable of creating multiple exposures with a simple slide of a switch. Other features include the ability to select your ISO anywhere from 100 to 1600. As well as create beautifully long exposure photos using the included shutter release cable. A hot flash shoe has also been added and the LC-A+ is compatible with a wide range of exclusive accessories.

If you buy the 25th Anniversary Edition LC-A+ camera you will also receive a further 15 percent off Lomography films. To make the most of the promotion while visiting the official Lomography website, simply add the 25th anniversary camera together to your bag, together with your selection of Lomography Films and the shopping cart will automatically apply your discount.

Back in 1992, a group of footloose Viennese students stumbled upon a little black camera called the Lomo LC-A. Since then, millions of Lomographers from every corner of the planet have come together to build an unstoppable movement — Lomography!