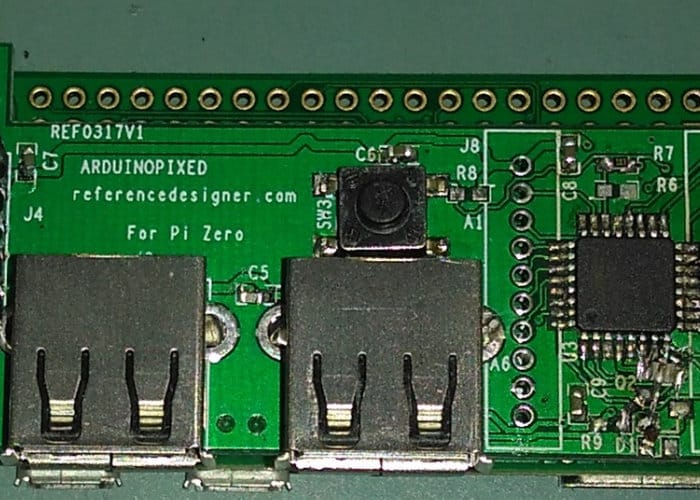 Developer Vikas Shukla has launched a new Kickstarter campaign this week to raise the required funds he needs to take his new ArduinoPixed USB hub and Arduino interface into production. The ArduinoPixed has been specially designed for the Raspberry Pi Zero and provides not only three USB ports, Arduino support and on board thermal sensor.

Created to combine two of the world’s most popular development platforms Raspberry Pi and Arduino the Arduino Pixed is now available to back priced at $21 for early bird backers, with shipping expected to take place during March 2018. Watch the demonstration video below to learn more about this unique hardware accessory created for the Raspberry Pi Zero mini PC.

Programming Arduino using the Aduino Pixed board is easy says its developer, simply add a USB keyboard and mouse and connect the Arduinopixed to your monitor or HDTV using an HDMI cable. Designed to be modular the ArduinoPixed allows you to add your own A/D board on the top of the ArduinoPixed, providing even more possibilities. Including the ability to create your smart thermostats, smoke detectors, moisture sensors and more. For more details and full specifications jump over to the official Kickstarter campaign page for the Arduino Pixed Raspberry Pi Zero add-on board by following the link below.