We’ve seen several rumors in the past few days about the alleged LG G3, the upcoming flagship device from the Korean OEM, which is expected to see the light of the day next month.

Not too long ago, we saw the retail box of the LG G3 in champagne gold color, and today, some screenshots of the software running on the alleged LG G3 have surfaced, which shows a redesigned UI. 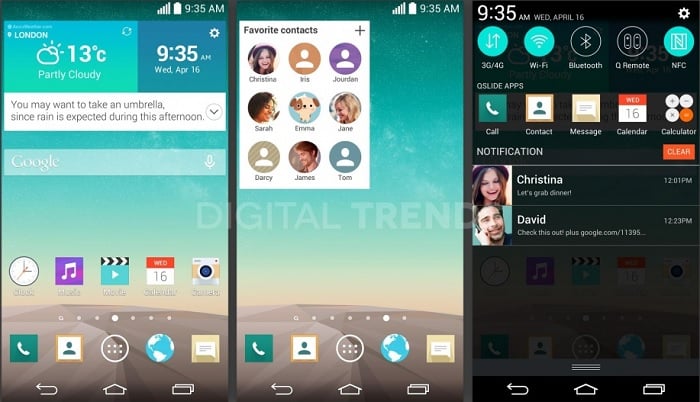 The screenshots also reveal that LG will introduce a totally revamped UI, with a more flatter icons compared to the LG G2 or the G Pro 2. Personally, I like the new interface, it’s much more simple compared to current LG handsets.

There’s no word about the launch of the handset, but rumors have hinted that it might see the light of the day in May/June. Until then, let’s just take it with a grain of salt, we’ll update you as soon as it gets official.