We’ve seen quite a lot of rumors in the past few days about the alleged LG G3. Recently, the handset was spotted on the AnTuTu benchmarking website, and rumors suggest it will launch in June. Some reports also hinted that LG has started mass production of an in-house mobile processor, in collaboration with TSMC, which will be used in the LG G3.

Now, a new image has leaked that shows off the retail box of the alleged LG G3 in golden color. It seems Apple has made other manufacturers follow its footsteps again. After iPhone 5S, a lot of manufacturers released their flagship devices in gold color options — Samsung with Galaxy S5, HTC One, etc. 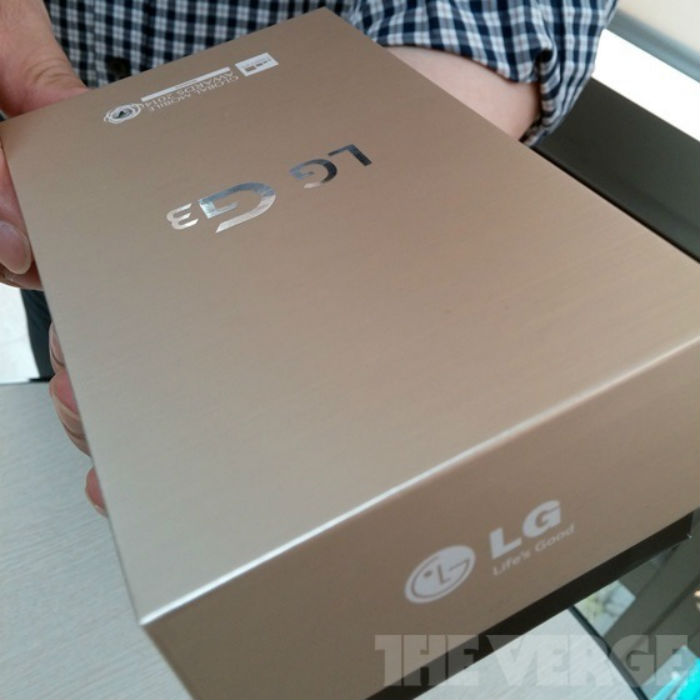 The image surfaced from The Verge, who also said, citing their sources, that LG will release their next flagship device later this summers — going in with all the rumors which have surfaced in the past few weeks.

According to the most recent leak, LG G3 is rumored to boast a resolution of 2560 x 1440 pixels, a quad-core Snapdragon 801 chipset, 2GB of RAM, 16GB storage, 13MP camera for photos and videos, 2MP front-facing camera, and should come with Android 4.4.2 KitKat as its operating system.