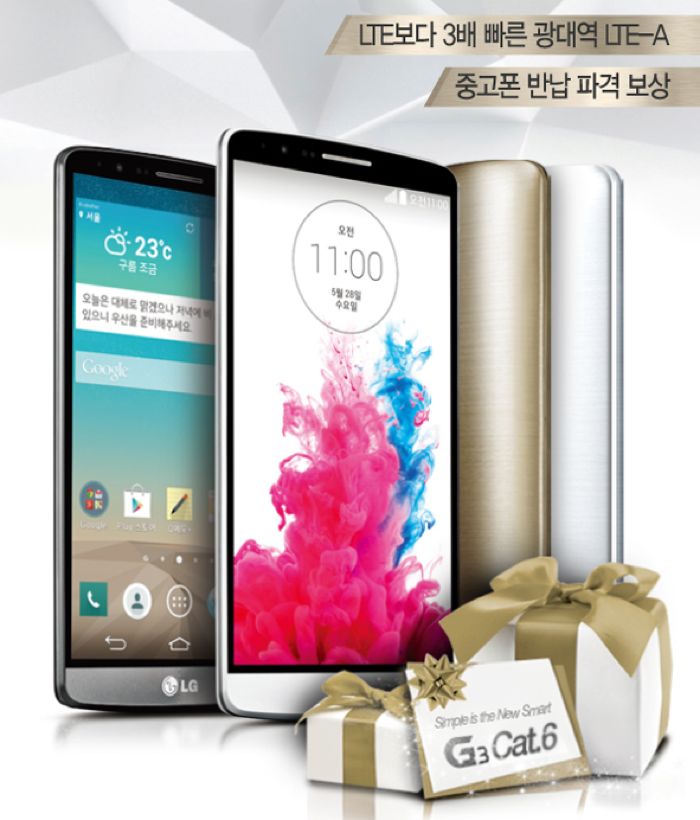 We are expecting LG to make their new LG G3 Prime official some time soon, and whilst the device has yet to be announced, it has now turned up at an online retailer in South Korea, and the handset is even available to pre-order.

You can see the advert from the retailer below, which confirms that this device is the LG G3 Prime, it is listed as coming with Cat.6 LTE-A, that would mean that it will feature the quad core Qualcomm Snapdragon 805 processor like we heard previously.

Download speeds on the LG G3 Prime will reach up to 225Mbps as the handset is equipped with LTE-A, it will come with the same cameras as the regular LG G3 which will include a front facing 2.1 megapixel camera for video chat and a 13 megapixel rear camera.

It looks like the new LG G3 Prime will launch in South Korea first, we are also expecting LG to launch the handset in the US and Europe, although exactly when this will happen remains to be seen.