Earlier today we showed you some photos of the new Samsung Galaxy Gear smart watch the photos were posted online by Venture Beat, and you can see one of them below.

Well it would appear that the photos of the Samsung Galaxy Gear are actually of a prototype device, and not the final design, which is probably a good thing as the design does not look the best from the photos. 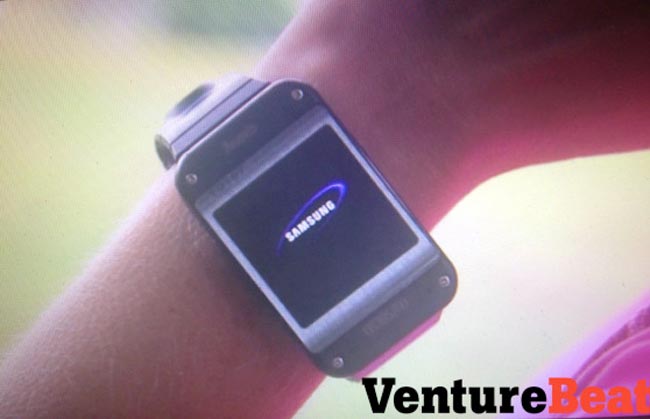 The Samsung Galaxy Gear will come with a 2.5 inch display with a resolution of 320 x 320 pixels, processing will be provided by a dual core 1.5GHz Samsung Exynos 4412 processor, and it will also feature a 4 megapixel camera.

We are looking forward to seeing what the final version of the Samsung Galaxy gear looks like, the device will be announced on Wednesday at Samsung’s IFA press event along with the new Samsung Galaxy Note 3.