Somewhere in Japan, a mannequin torso is being hugged like crazy. All in the name of science and robotics, of course. Besides, hugging is nice. Just check the video after the jump.

Anyway, seen below is Sense-Roid, a student project from the University of Electro-Communications. If you’re wondering what’s being done to it, why, it’s being hugged. 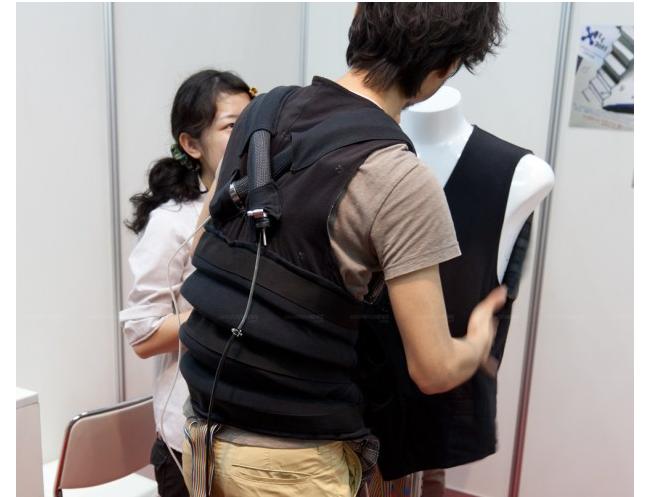 And hugged hard. In a remarkably weird way, the Sense-Roid is the latest Japanese effort to put emotionality in non-living object. This seems to be a spiritual mission for a lot of Japanese, the ability to bond with the things around them. Of course, in the West this kind of behavior borders on deviancy and is rather unsettling.

The Sense-Roid is basically a torso wrapped with a vest that inflates when pressured. Thus, it returns the squeeze of a hug on a human hugger (awkward word, yes?), thereby allowing a hugging yourself experience. Don’t expect the Sense-Roid to be commercially available any time soon. Between it, doll phones, and robot surrogates, it seems Ghost in the Shell is just around the corner.

Still, if the Sense-Roid is a glimpse of things to come, soon enough we’ll be having predictable relationships with sexy robots.

Hmmm, now there’s an idea. Would you date a sexy robot?