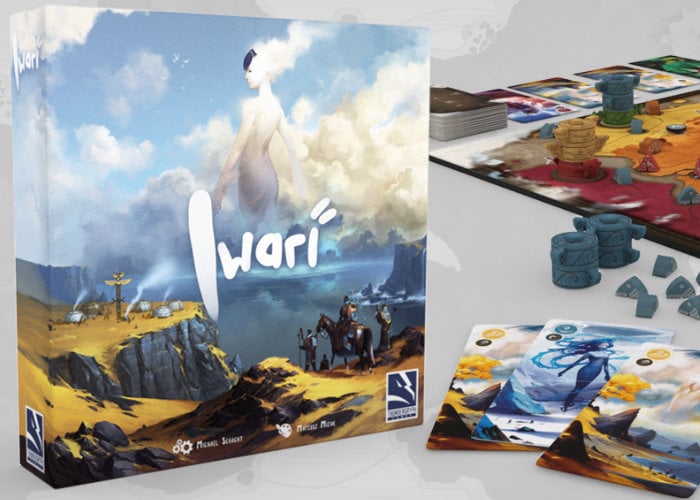 Gonzalo Aguirre Bisi a passionate gamer and game designer has launched a new board game via Kickstarter which has now raised over €230,000 thanks to over 3,000 backers with still 14 days remaining on its campaign. Iwari is an abstract style euro game where players represent different tribes who endeavour to define their identity by traveling and expanding settlements into five different types of regions in a strategy game of majorities.

Watch the demonstration video below to learn more about Iwari, “an abstract-like game where players represent different tribes; traveling and expanding settlements in a strategy game of majorities”.

“Humanity is in its infancy living in scattered tribes in forest, tundra and desert. Hope is blowing in the wind, and the tribes have now left their ancestral homelands to explore the vast uncharted regions, encountering other fellow tribes and exchanging knowledge, culture and wisdom. The earth will breath again, on a journey of discovery.“

The Iwari board game is now available to back from just €40 with worldwide shipping expected to take place during January 2020. For more details jump over to the official campaign page by following the link below.