The latest version of Quickpwn for the iPhone has been released QuickPwn 2.2.1, as usual the iPhone Dev team and the Quickpwn guys have managed to unlock the latest iPhone update just a few days after it was released.

QuickPwn version 2.2.1 works with the 2G iPhone, 3G iPhone and iPod Touch, the download links are below. 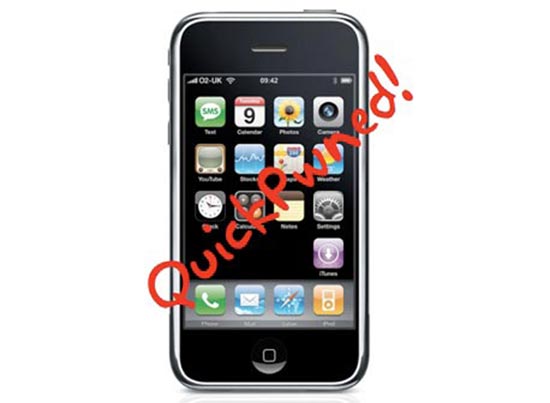 iPhone 3G users, do not update to firmware 2.2.1 if you want to keep your unlock because firmware 2.2.1 will update your baseband permanently.  You will need to download custom firmware with an earlier baseband in order to use QuickPWN.

Head on over to QuickPwn for more details.

There is now a new version of QuickPwn available, QuickPwn 3.0 which lets you Jailbreak the iPhone 3.0 Beta 2 OS.