Apple definitely has another hit on it’s hands, with the iPhone App store, which has just hit 500 million downloads. 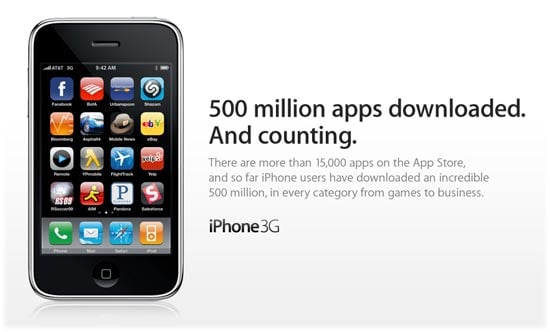 There are no details on how many of the 500 million iPhone Apps that have been downloaded are paid ones, but I suspect Apple has been making a serious amount of cash from the iPhone App Store.

There are now over 15,000 Apps available from the App store, I wonder if they will reach the 1 Billion mark within the 1st year.