Adding more fuel to the rumours that are circulating regards the arrival of Apple’s new iPhone 5 smartphone, ahead of Apple’s keynote event on September 12th.

A photo of an USB cable supposedly for Apple’s new iPhone 5 has been leaked online, and reveals a smaller connection, that is rumoured to be replacing the current 30 pin connection of the previous iPhones. 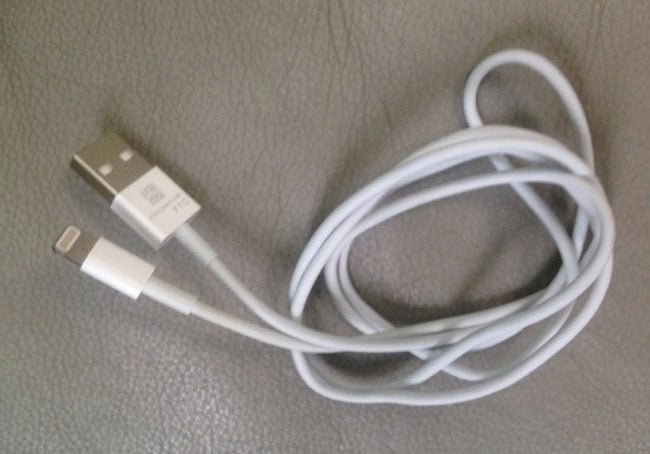 The leaked photograph reveals that the USB cable has FTC markings and what looks like a scannable QR code on the standard USB end, and the connection does reflect earlier rumours regards the design of the new dock Apple might introduce during their keynote next month.

As always as more information and even rumours surface over the next few weeks in the run up to Apple’s event we will keep you updated as always. For more information on the rumours a comparison video is also available comparing possibly leaked iPhone 5 parts vs iPhone 4S parts.