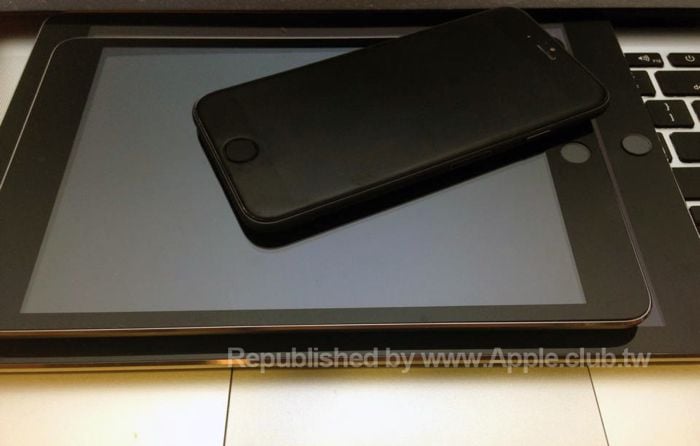 Both the iPad Mini 3 and the iPad Air 2 in the photo above show the devices with Apple’s TouchID fingerprint sensor, both tablets are also said to come with a re-designed speaker grille and recessed volume buttons.

This new photo looks similar to the dummy unit we saw of Apple’s second generation iPad Air recently, and as well as TouchID both devices are said to come with a number of upgrades.

As yet there are no details on when Apple will launch their new range of iPad Air and iPad Mini tablets, as soon as we get some more information, we will let you guys know.