Yesterday Apple released the latest version of its mobile OS, iOS 5, the update was released at around 6PM BST, and with millions of users trying to update at the same time, Apple’s servers struggled to keep up with the demand.

Some downloads of iOS 5 were taking up to 2 hours to go through, and then when users tried to update their iPhone, iPod Touch or iPad, many were met with an error message, the main one was Error 3002. 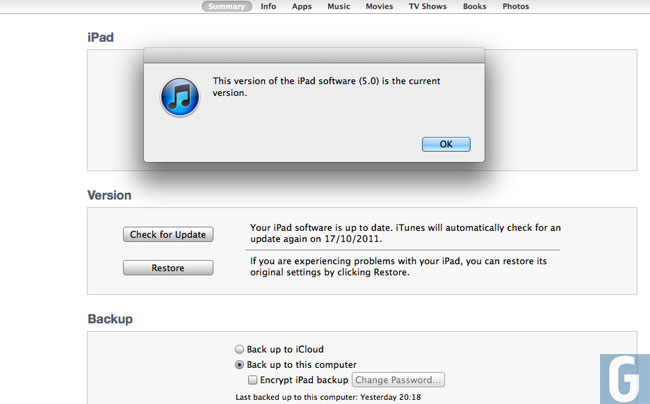 We experienced this problem ourselves whilst trying to update an iPhone 4 and an iPad, and the problem seemed to come with the iOS device trying to contact Apple’s servers for authentication.

If you are still having this problem, but have managed to download the iOS 5 update, you can update your iOS device manually by pressing ‘Option’ whilst clicking the ‘update’ button next to your iOS device in iTunes and then locating the ISPW file that iTunes just downloaded.

This method worked for updating my iPhone 4, but it wouldn’t work for the iPad, I was able to install iOS 5 on the iPad by pressing ‘Option’ and then clicking restore in iTunes, this will wipe your data on the device, so make sure you back it up first before trying this, you can re-install the data after the restore.