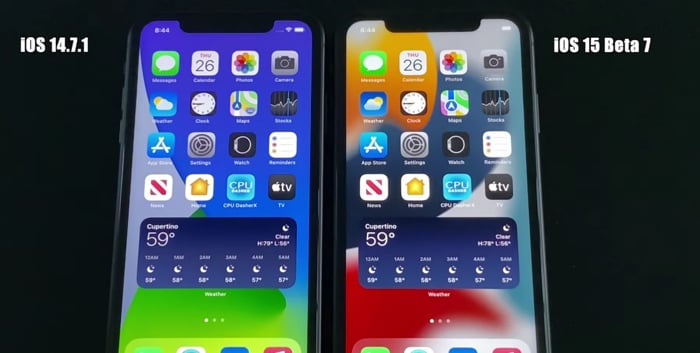 Apple recently released iOS 15 beta 7 and now we get to find out if there are any speed improvements in this new beta.

As we can see from the video there are no major speed improvements in the new beta of iOS 15 over the iOS 14.7.1 software in either the boot up times or the range of apps.

Apple’s iOS 15 will bring a range of new features including SharePlay and Focus mode. There are also update for existing apps like Apple Maps, Wallet, Safari, Mail and many more.