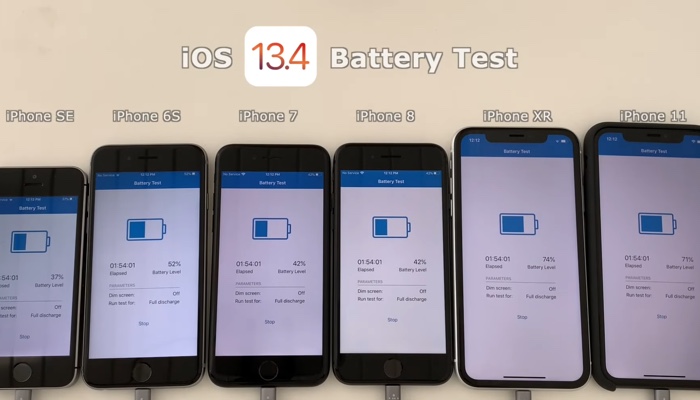 Apple recently released their iOS 13.4 GM to developers and public testers, the rest of us should get the software next week and now we get to see what the battery life is like on iOS 13.4.

We have already seen a speed test video of iOS 13.4 and now we get to see another video from iAppleBytes on battery life.

The tests are run on the iPhone SE, iPhone 6S, iPhone 7, iPhone 8, iPhone XR and the iPhone 11, lets find out if there are any changes.

Apple are expected to release their iOS 13.4 software update next Tuesday the 24th of March, they will be launch their new iPad Pro which will come with the OS on Wednesday the 25th of March.