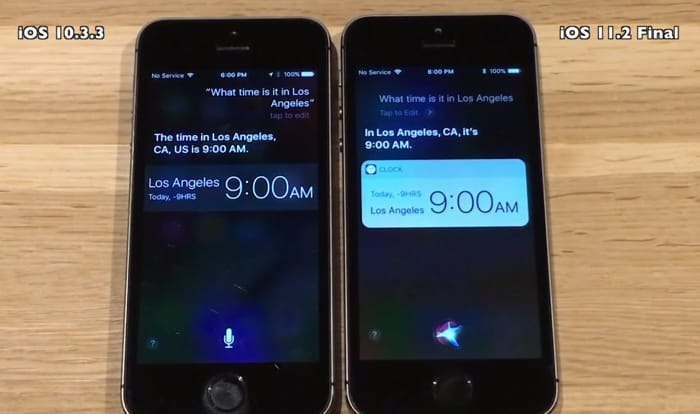 There are still quite a few people running iOS 10.3.3.Many people haven’t upgraded their devices because the older version of the OS may be faster on some devices. According to Mixpanel around 21% of iPhone users are running iOS 10.

As we can see from the video the the iOS 10.3.3 software boots up slightly faster than the new iOS 11.2 on the iPhone 5S. It also appears slightly faster in the apps. Whilst there is a minimal difference in speed between the two, it would be a good idea to update to the latest version of Apple’s iOS.

The new iOS 11.2 comes with a range of big fixes and it also comes with quiet a few security improvements over iOS 10. If you haven’t upgraded yet it might be a good idea to upgrade.