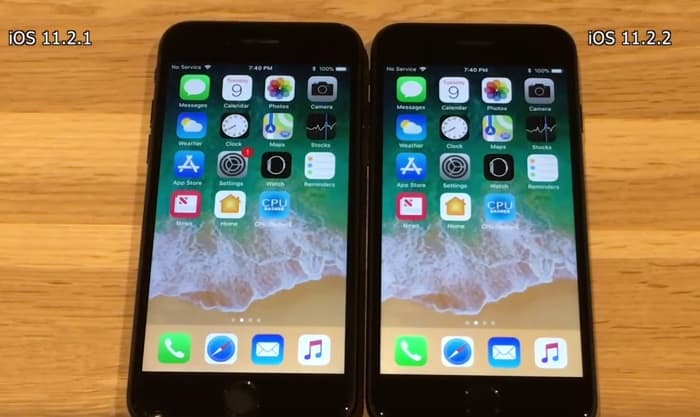 Apple released their iOS 11.2.2 software update this week, the update fixes the Spectre security vulnerability and now we have some iOS 11.2.2 vs iOS 11.2.1  speed test videos.

As we can see from the video the new iOS 11.2.2. boots up slightly faster, it also appears to be marginally faster in some of the apps,  next up is the iPhone 6.

On the iPhone 6 the handset running the iOS 11.2.2 software boots up faster than the previous version, it also appears slightly faster in the apps. Next up is the iPhone 6S.

As we can see from the video the iPhone 6S running iOS 11.2.2 is faster during the boot up and also slightly faster in the apps. Finally we have the iPhone 7.

In the final test with the iPhone 7 the handsets boot up almost at the same time, the device running the iOS 11.2.2 appears to boot up a split second faster. In the apps the two devices look about the same. It looks like the new OS has brought some speed improvements to some of Apple’s older iPhones.