I hate having to carry my smartphone in my front pocket. I always forget and it ends up getting scratched by my keys or loose change in my pocket. If you feel the same way, a Kickstarter project has turned up to create premium denim jeans with a special pocket above the knee to hold a smartphone. 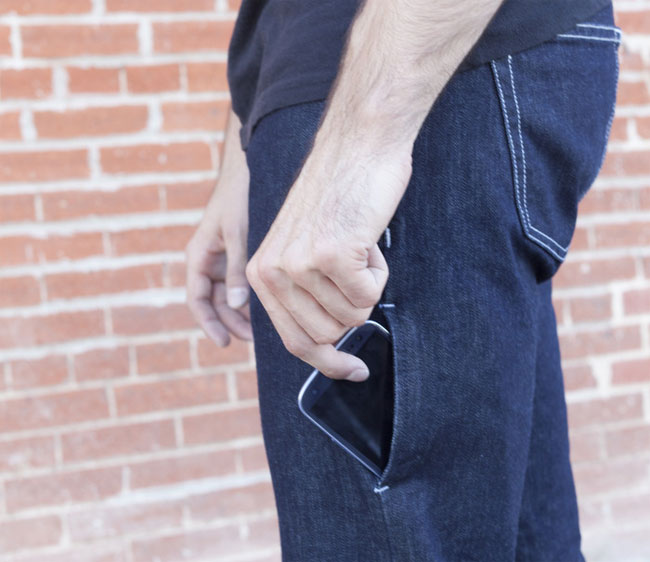 The company behind the product is called I/O Denim and other than that pocket roughly between the knee and mid thigh area, these appear to be your typical pair of blue jeans. The jeans will be made in the United States with denim promising to be soft but durable.

The special pocket promises to be large enough to handle the iPhone with a case or other smartphone such as the Galaxy S III with screens up to 4.8-inches. These jeans aren’t cheap in the least at $115 per pair. So far, the project has raised $5740 out of the $10,000 it needs to fund but only has nine days to go.