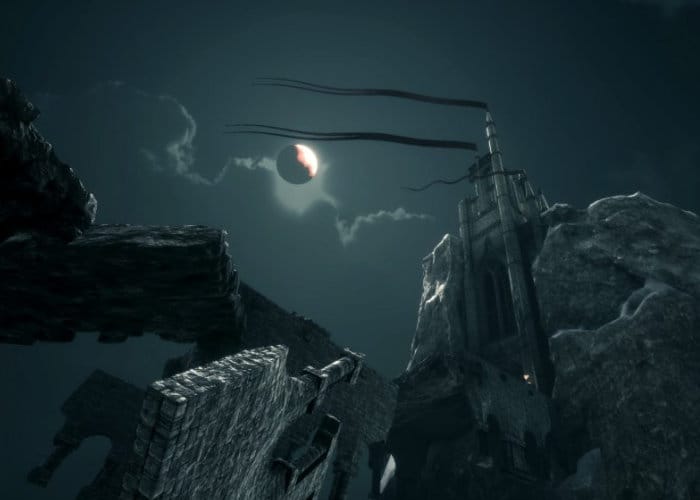 Virtual reality gamers searching for a new VR shooter to hone their archery skills, may be interested to know that In Death created by developers Sólfar Studios has hit Early Access today. In Death is now available from Oculus store for the Oculus Rift VR headset and Steam offering a version for the HTC Vive.

The In Death VR game has been inspired by Roguelike dungeon crawlers, and pays homage to this “merciless genre favoured by core gamers”, say it’s developers. The game has no save points, and each level is procedurally generated with random enemy and loot spawn points. Progression in the game is driven by an achievement system that persists across each level and scales the difficulty of the game to suit your mastery of the games weapons and mechanics. In Death offers range combat, a unique virtual reality locomotion system as well as cross-platform leaderboards and personal statistics allowing you to monitor your progress and mastery.

Priced at $20 the archery adventure game will offer early bird gamers at a 10 percent discount for its first week at launch. In Death is expected to launch as a full release sometime during 2018, as more details are announced in future months we will keep you up-to-date as always but for now enjoy the teaser trailer below to learn more about what you can expect from this mediaeval archery adventure.