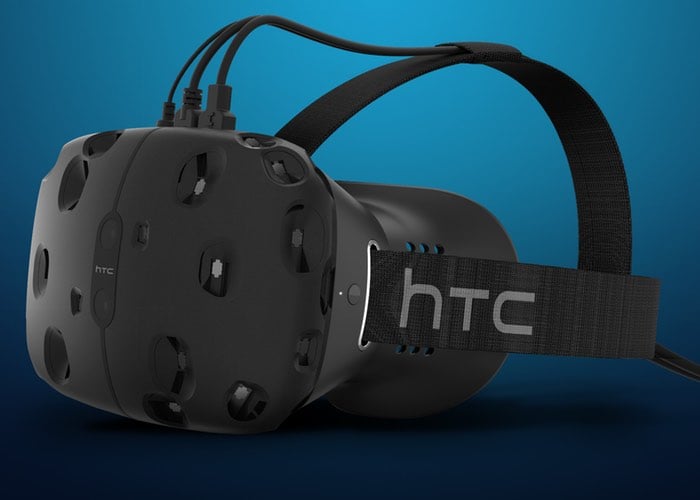 Valve and HTC have released a new promotional video for their virtual reality HTC Vive headset which provides more information about what you can expect regards functionality and experiences when in use.

The HTC Vive is expected to be made available in limited quantities before the end of the year, but will be officially launched early next year to compete with the likes of the Oculus Rift and PlayStation VR headsets that will also be launching in the same time period.

Developed in co-production between HTC and Valve Corporation the HTC Vive offers users a resolution of 1080 x 1200 pixels per eye and offers a field of view of 100 degrees or greater. When it launches the Valve HTC Vive VR headset will support the SteamOS operating system as well as more traditional Windows, Linux and Mac OS X.

Imagine standing on the bridge of a starship rocketing across the galaxy, or strolling through the streets of ancient Rome, or shrinking down to subatomic size and watching molecules collide. Now Re-imagine.

HTC’s Vive headset, powered by SteamVR, pulls those virtual worlds off your computer screen and into your home. You’ll experience sights and sounds vivid and lifelike enough to transport you to another place, another time—whole new realities with limitless possibilities.

Valve has already made available its OpenVR software development kit (SDK), an updated version of its Steamworks VR API with documentation and examples to aid the developers in building software that supports the SteamVR hardware. For more information on the HTC Vive jump over to the official website via the link below.