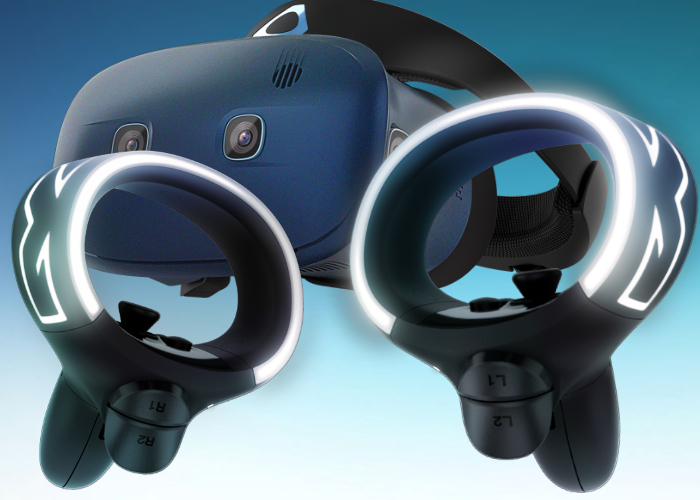 HTC has this week re-confirmed that its new Vive Cosmos virtual reality headset will be officially launching during Q3 2019 and dev kits are now available with the first shipping out to developers this week. When the first Vive headset launched HTC partnered with Valve who created most of the technology included in the headset. Although now both companies are becoming direct competitors and the Vive Cosmos is the first PC VR headset from HTC that will not support Valve’s SteamVR Tracking technology. Although the HTC Vive Cosmos will support SteamVR and games via Steam.

The Vive Cosmos 6DOF standalone VR headset comes complete with room-tracking and controller-tracking integrated into the headset itself. “Introducing VIVE Cosmos , a new premium PC VR system and a vision of the virtual future. It conforms to your wants and your needs with surprising ease and versatility. Whether you are new to VR or familiar, a fantastic voyage awaits. VIVE Cosmos goes beyond everything you could want in one device..”

More details ahead of its launch and to order a development kit to start creating games and applications for the Vive Cosmos VR headset jump over to the official Vive website via the link below where more details are available.