We have featured a number of different Rubik Cube solving devices here on Geeky Gadgets including the Android Lego creation that was able to solve the puzzle in under 25 seconds. But we have never seen a Dodecahedron Rubik’s Cube solver before.

Megaminxer is probably the first robot in the world to solve a Megaminx puzzle or a Dodecahedron Rubik’s Cube, which is made up of with 12 faces, each with 5 edges.

The Megaminxer robot is built from LEGO and uses a Mindstorms NXT kit for driving the mechanics, together with a HTC Desire smartphone running a custom Android app is the brain of the device. Watch the video after the jump to see the solver in action. 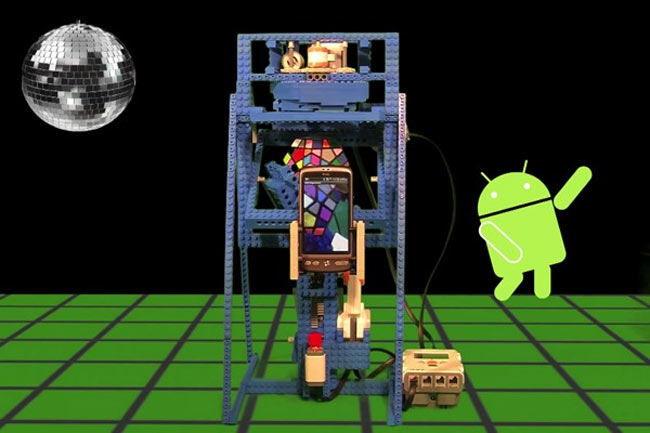 The app uses the phone’s camera to capture images of each face of the Megaminx which it then processes to determine the colors of the scrambled puzzle. After working out the solution, the app transmits the moves to the NXT controller via bluetooth to instruct it to solve the Magaminx. Have a look and our article on Android vs iPhone to see which smartphone and mobile platform is best for you.