There are definitely some things that robots can do better than us humans, and here is a prime example, a Lego Robot that is powered by a Motorola Milestone Android smartphone can can solve a Rubik’s cube.

Not only does the robot solve the Rubik’s cube, but it does it in  just 24 seconds, check out the video of this cool Android powered Lego robot below. 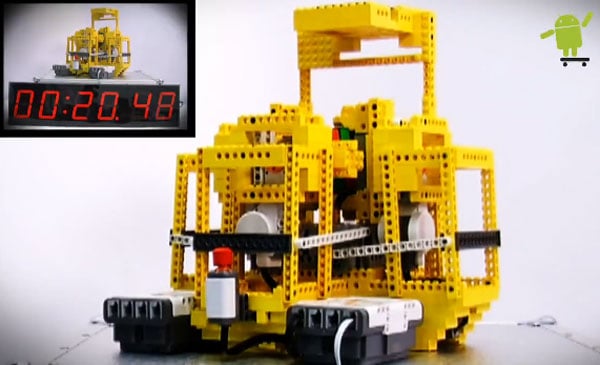 This cool problem solving Android Lego robot was created by David Gilday for ARM, and he made a custom application for Android that powers the robot and enables it to solve the Rubik’s cube. Have a look and our article on Android vs iPhone to see which smartphone and mobile platform is best for you.